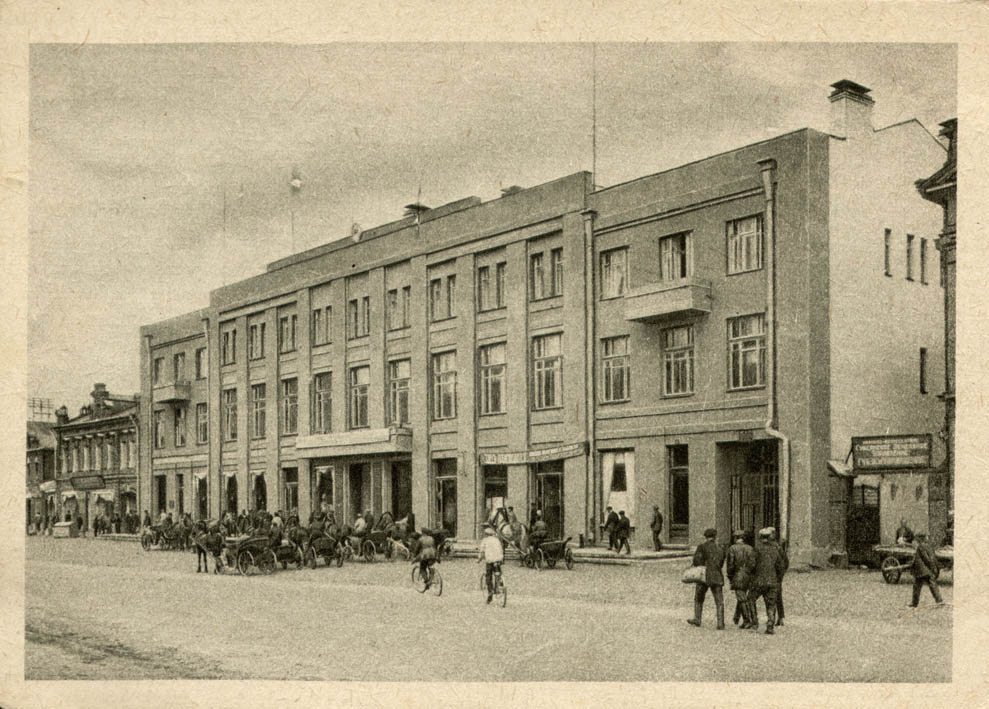 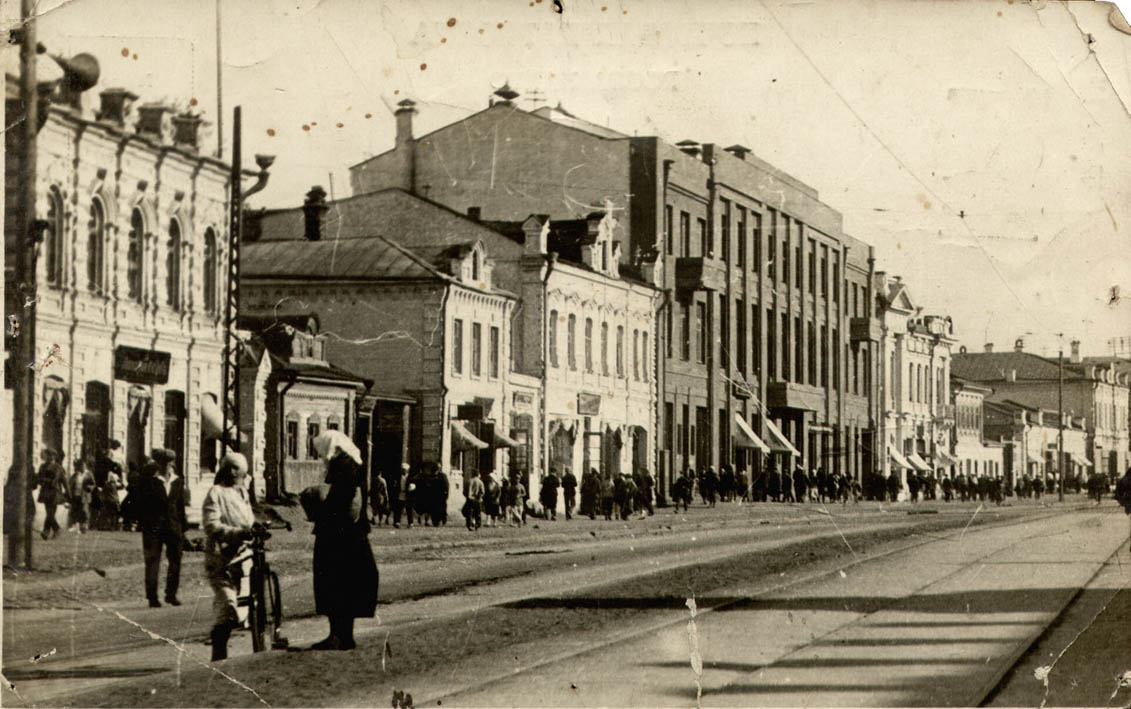 This is one of the first buildings in Ivanovo-Voznesensk, in which the features of constructivism combined with the classic canons of building the facade. The main facade facing the avenue is symmetrical towards the center, marked with a small avant-corps and regarded as a simplified portico to the full height of the building. In the laconic decoration of the facade, there is much similarity to the architectural decor of classicism, but simple forms and subordination to constructive basis reveals a monument of the 1920-1930s.

The first floor of the building was intended for the “Torgsin” shop (a shop for trading with foreigners), the second for the bank office, the third for the bank employees' flats. In the postwar years, the first floor was occupied by a department store, which people called a "grey department store" because of the color of the building walls. In the 1990s it was given the historical name "Torgsin".