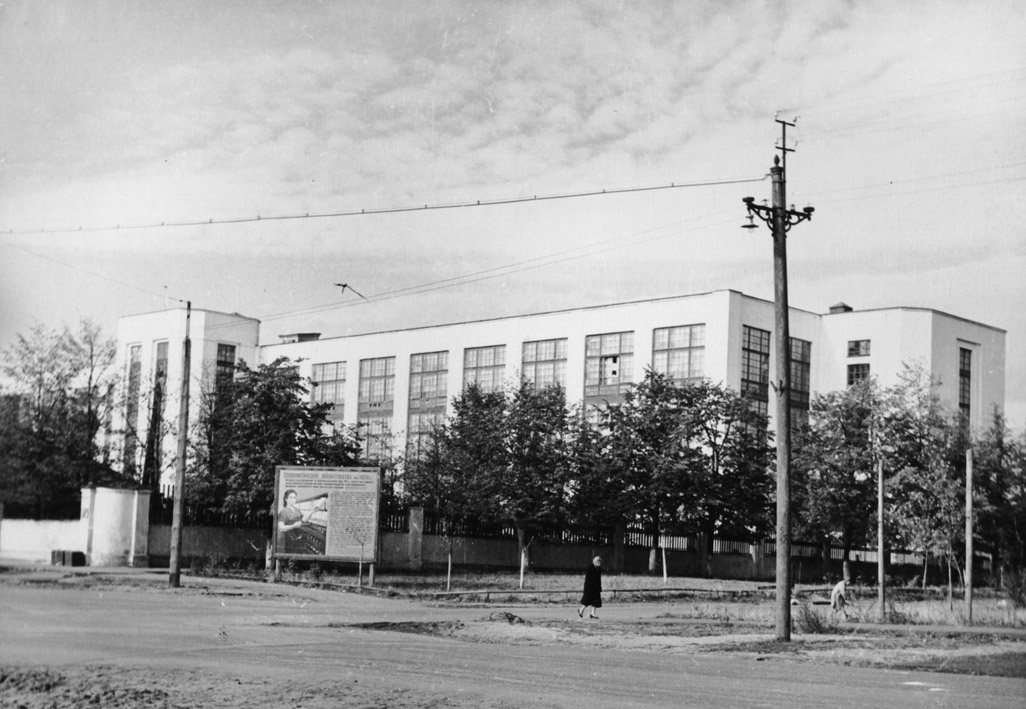 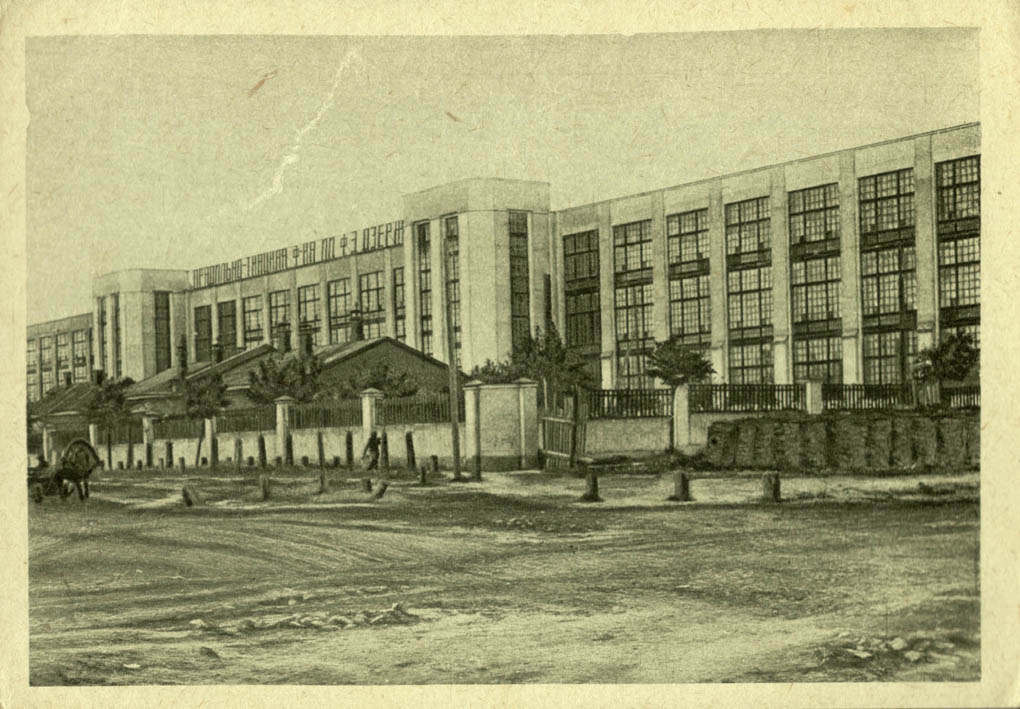 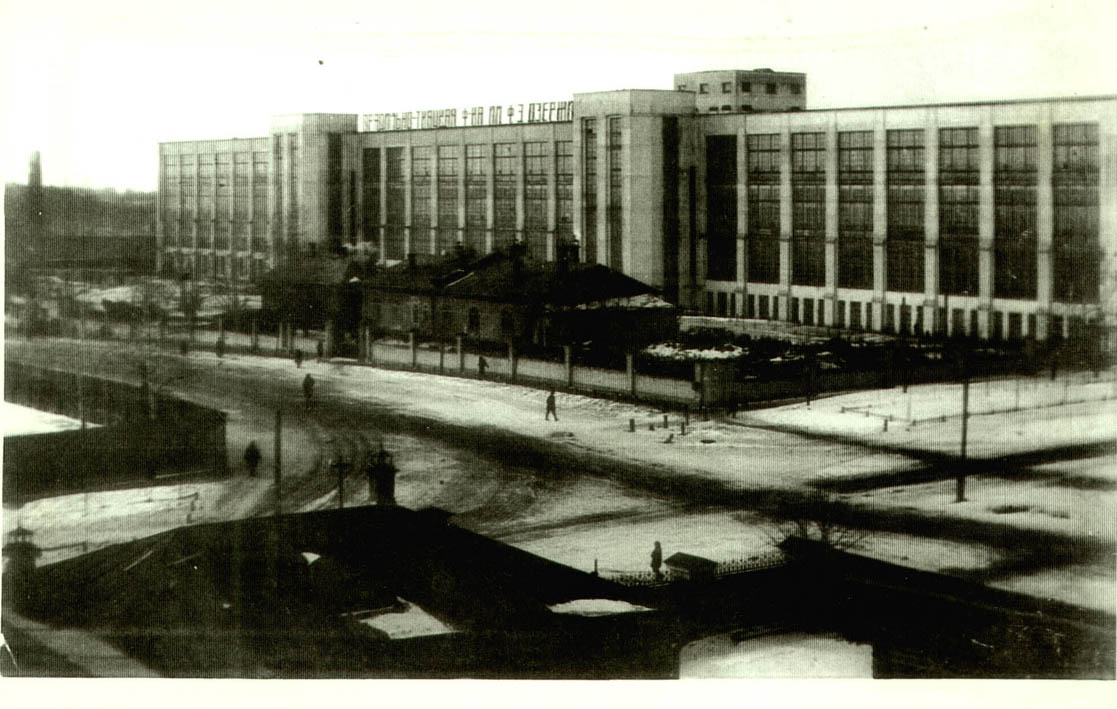 The decision of building a new spinning factory was made in 1925. Next year an architectural competition was announced. The winners of the competition were architect Staborovsky A.A. and engineer Rudnitsky N.V. who worked in a project bureau of a textile organization. In 1927-1928 the building was completed. The building was one of the first concrete buildings in the USSR and it is considered to be the most expressive industrial constructions of constructivism. The construction is made from framework with brick inside, the walls are rendered. The facades weren’t changed but there are suspended ceilings in the interior design of the second floor. Big space – the central in composition – is covered with a gable roof which has a triangular glass lantern in the upper side and the roof is sometimes higher up to the third floors (on the one side it’s finished with a technological tower made in the shape of an effective tribune). The facades of the building are simple and laconic. The important compositional elements are dynamic breast of the walls, small ledges which accent the corners, the balcony with metal hand-rails on the tower. Simple, well-lit interiors with cut iron-concrete columns (covered with mushroom-shaped capitals). Spinning workshops are in the main space where in the corners there are service rooms and supporting workshops. In the small space there is a hall of warping machines, grading rooms and stores.