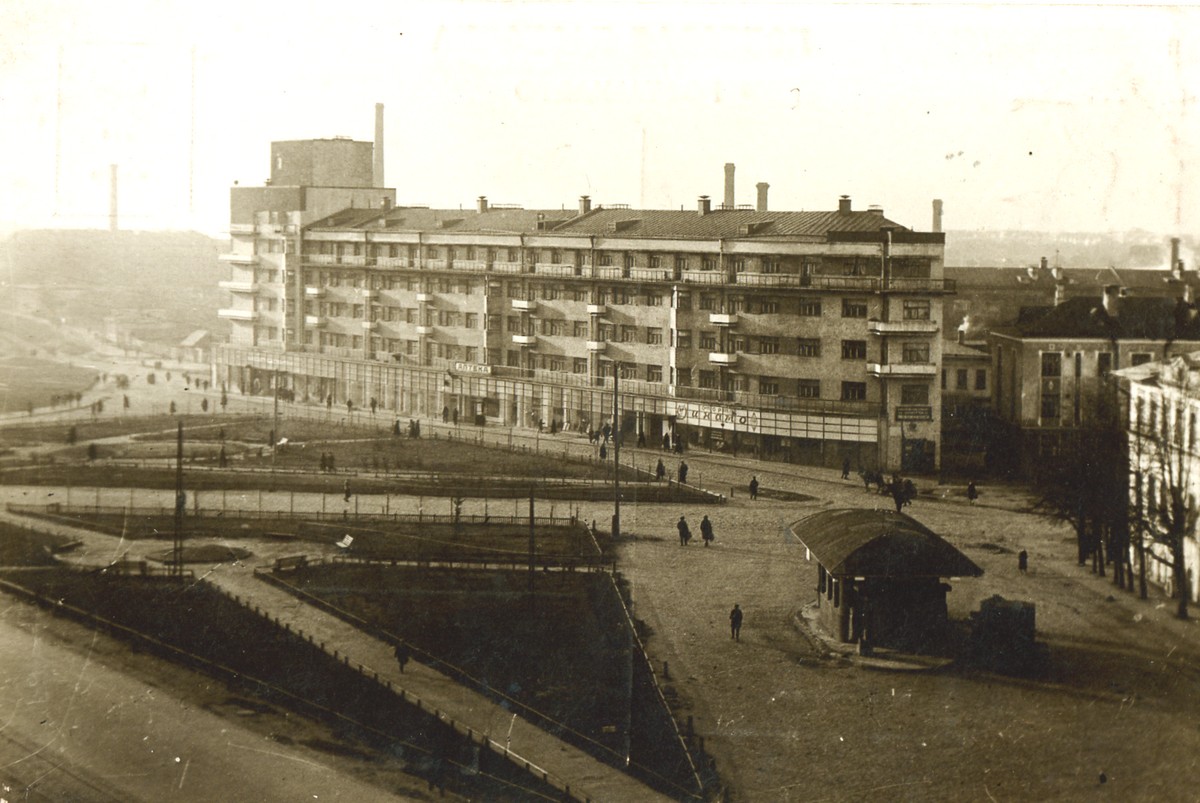 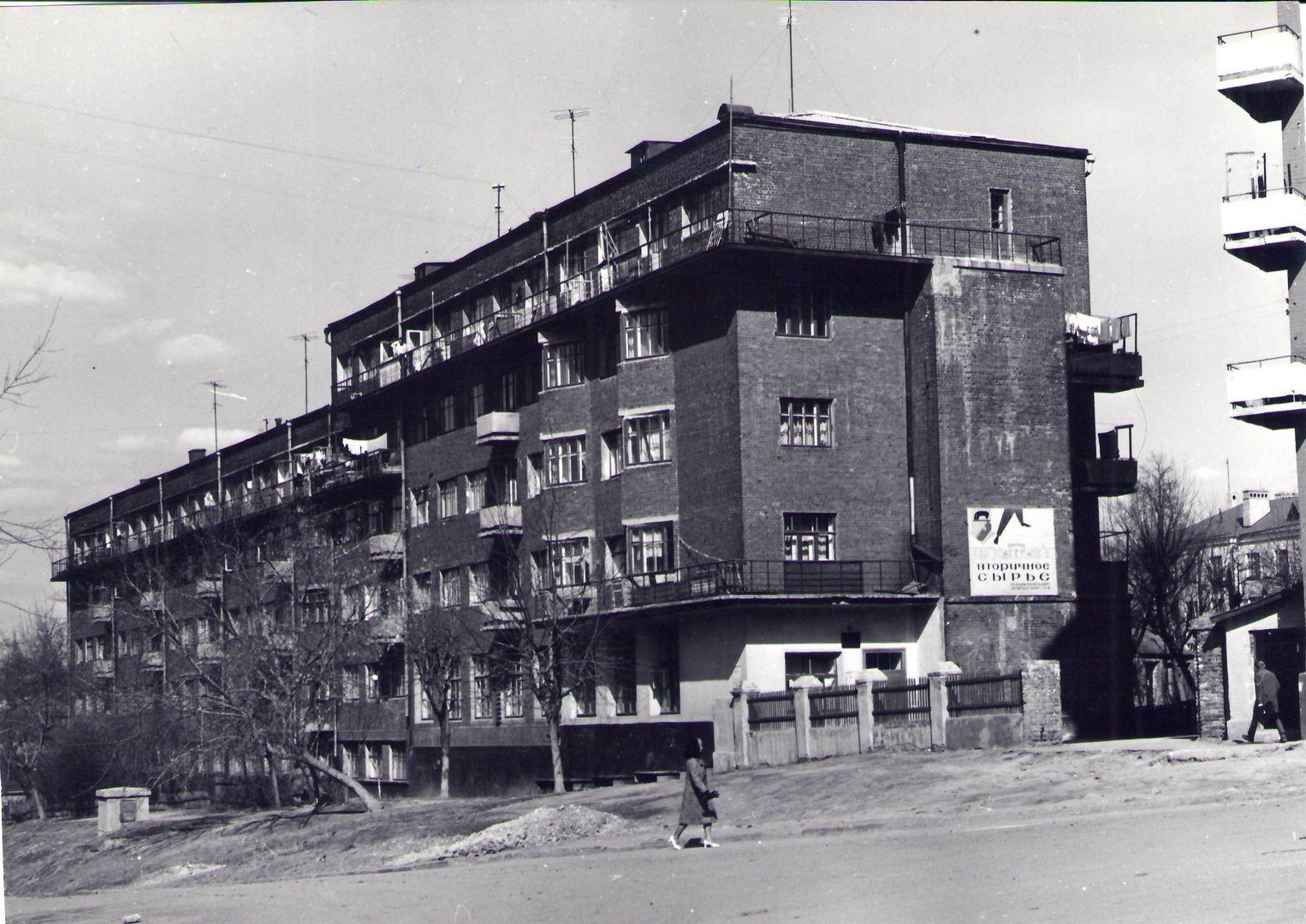 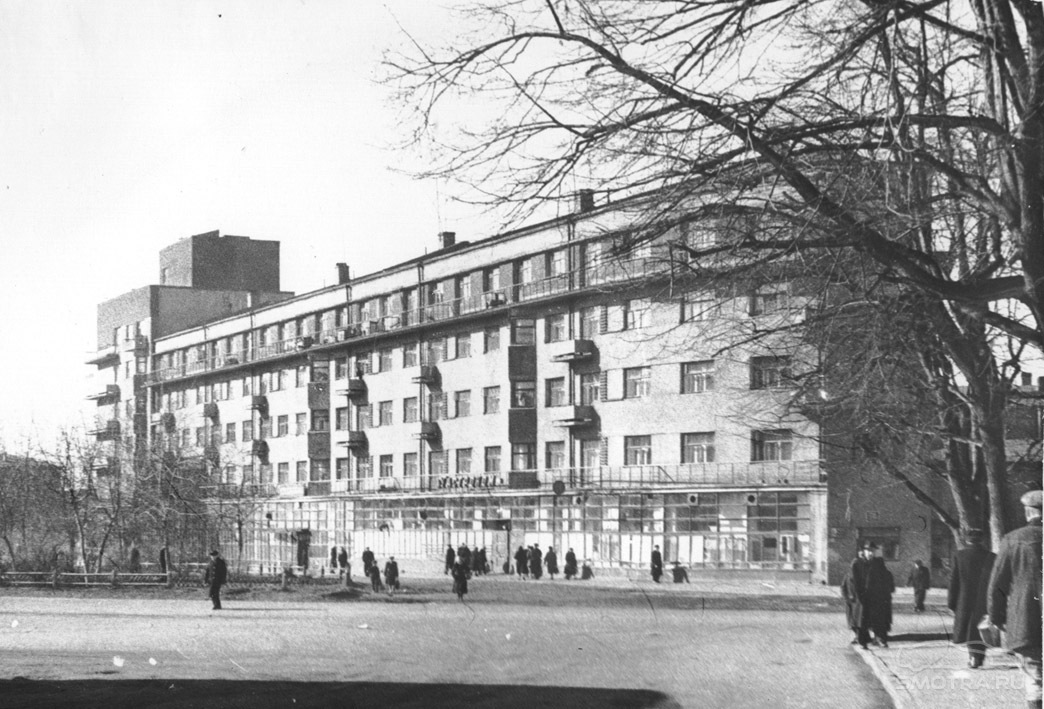 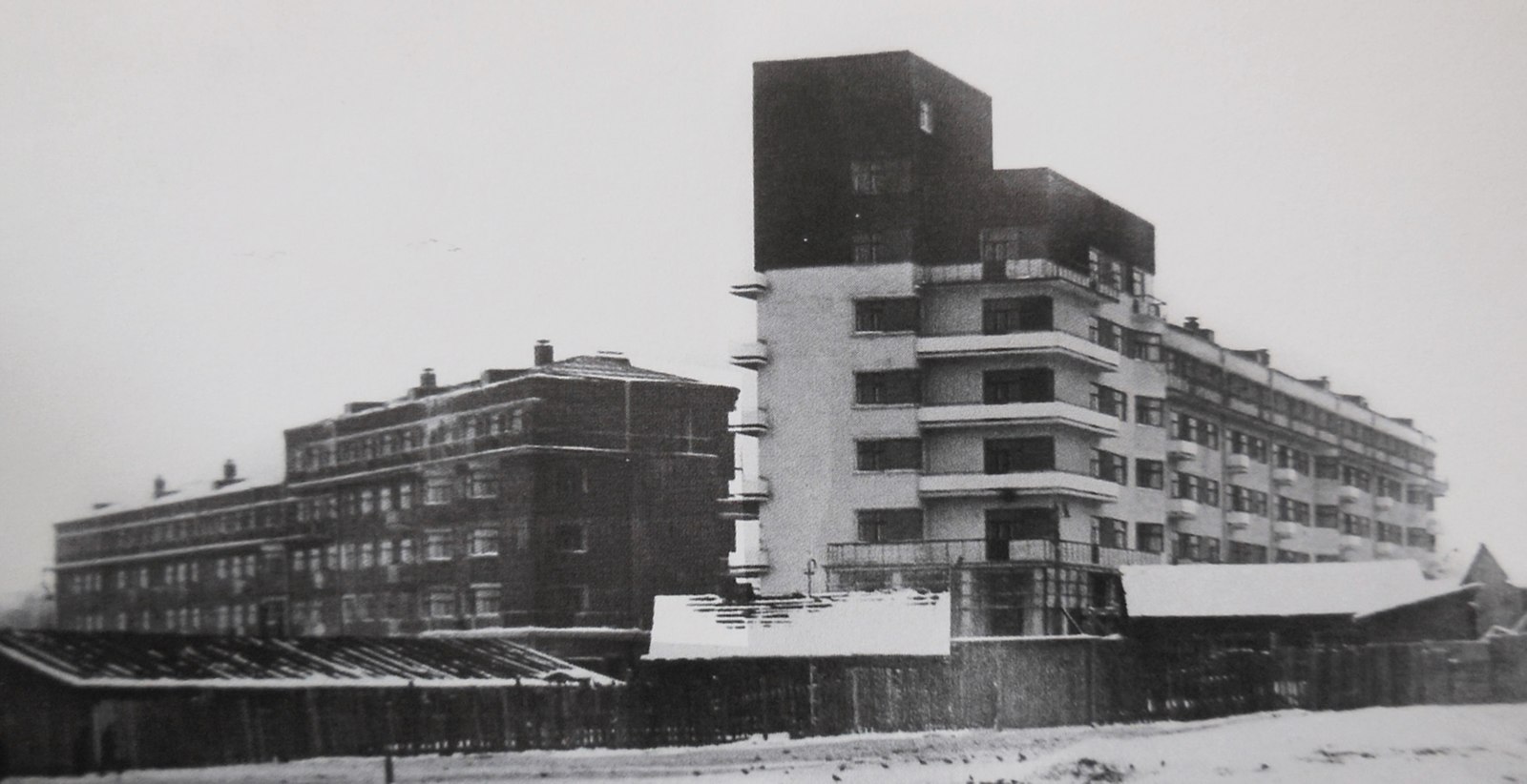 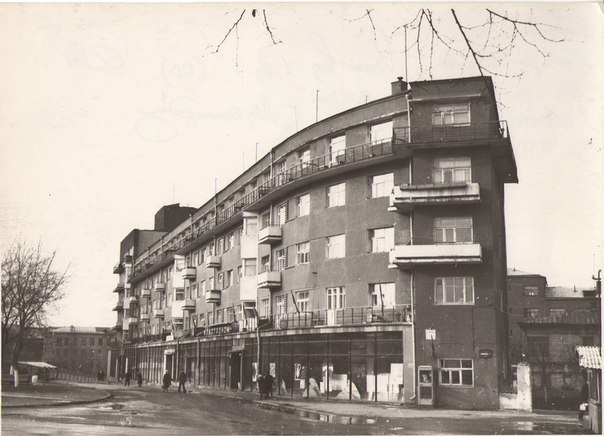 Consisting of two parts the house is located on the corner of Lenina Avenue and Shesternina Street. The main part is along the avenue setting back from it, fixing the boundary of a small square. The second part is perpendicular to the first one along Shesternina Street. The house was built in 1929-1930 by Moscow architect Fridman D.F. by the order of the apartment building cooperative community of Vtoroy Rabochiy Poselok. The walls are made from brick (The main building is rendered and painted in dark-red colour). The slabs over the shops are concrete and over the flats are mixed.

The five-storey building facing the square has an important role in the composition. It looks like a ship: on the right side there is a round wall which imitates a fore and eight-storey tower in the opposite side – an aft. All the elements of the street front have the same idea: lots of window-shops on the first floor which visually separates the building from the ground, two sets of balconies with metal rails (on the second and the fifth floors) which surrounds the front of the building as decks, small balconies of the other floors painted in white colour looks like deck-bridges etc. The important accents are triangular bay-windows and corner balconies. The second five-storey building is rectangular, stepping down according to the terrain and together with the tower of the first building compose dynamic silhouette.