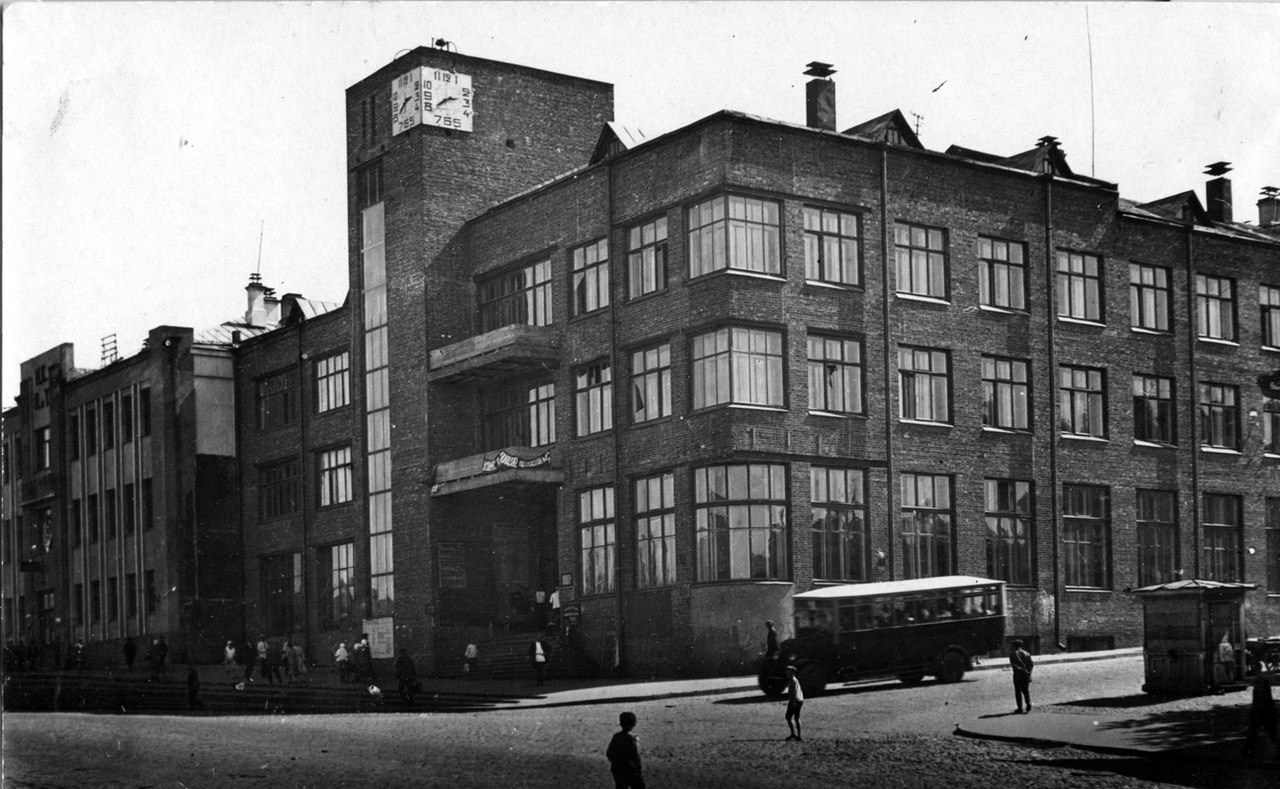 The building was built in 1930 from a brick designed by the Leningrad architect Zhuk S.K. A large volume of the building is well correlated with the located opposite the buildings of the beginning of the XX century - the house of Shchapov and the Trade School.

L-shaped three-storeyed volume, a short wing stretched along the Soviet street, and extended  along the street of Maria Ryabinina, where due to the lowering of the relief is the ground floor gradually is getting higher. The front facade here has a cut off corner from the side of the courtyard.

The corner part at the junction of the streets looks like a significantly protruding avant-corps on both facades with the original completion in the shape of two trapezoids. On the front planes of the wings are arranged rectangular windows, in the center of the facade along Maria Ryabinina Street there is a vertical of wide openings, the same windows in the basement.

Unlike the side wings, where the axes of the windows are read vertically, the close large openings in the avant-corps look like underlined horizontals. This is the characteristic of constructivist stylistics appeared in the continuous vertical glazing of the staircase above the entrance (the left axis of the avant-corps from Sadovaya Street) and in the round window in the tympanum of the trapezoidal end of the avant-corps.

The plans of floors are the same: in the center there is a corridor; the supporting columns along the corridor determine the distance between the room partitions. The capital walls are separated only by a staircase at the junction of the wings. Next to it (in the avant-corps) on each floor there is a large hall with a pillar in the center. Small recreation rooms are also located in the middle of the long wing of the building, facing a large window on the street of Maria Ryabinina.

Balconies were demolished; the entrance tambour was built in 1950 but not in the style of the building. Despite a number of distortions of the original appearance, this monument is an excellent example of an apartment building in the style of late constructivism; it has a large scale and plays a great town-planning role in the construction of this area.