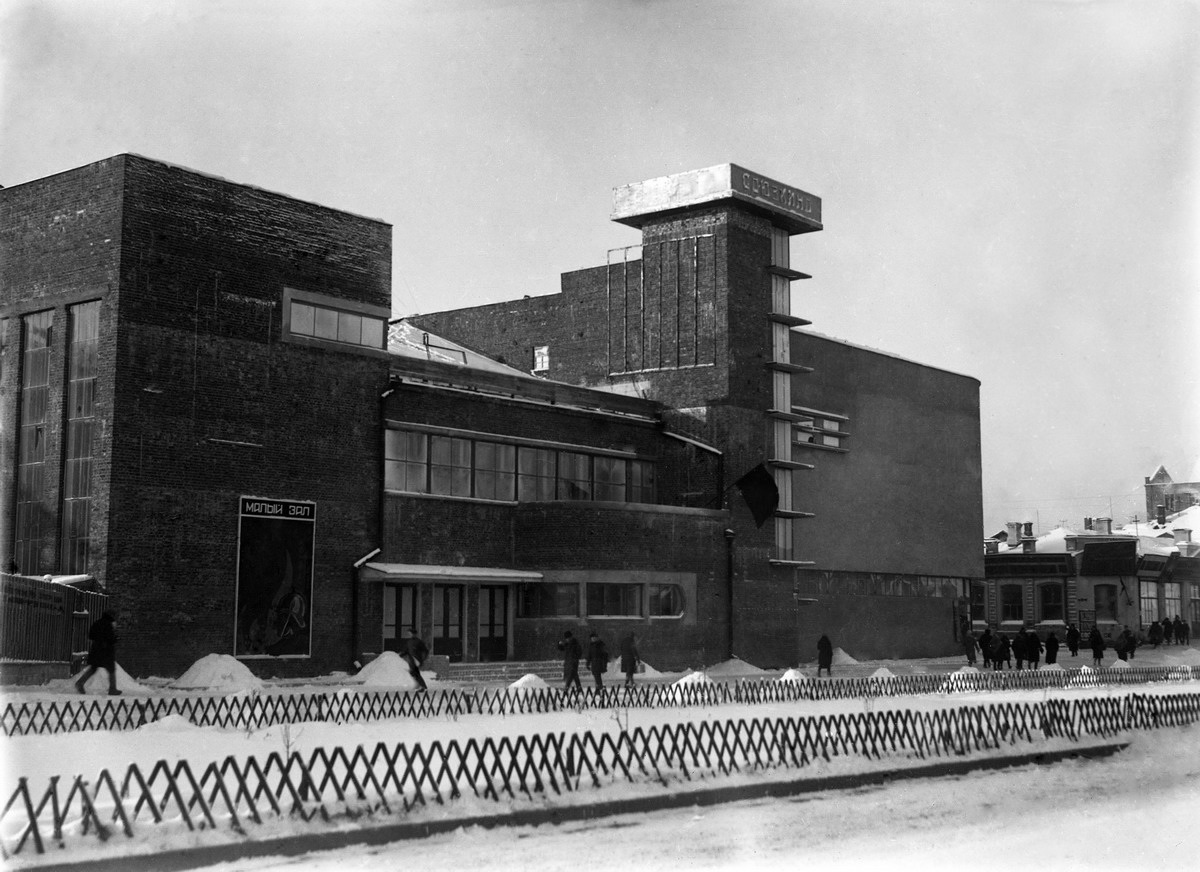 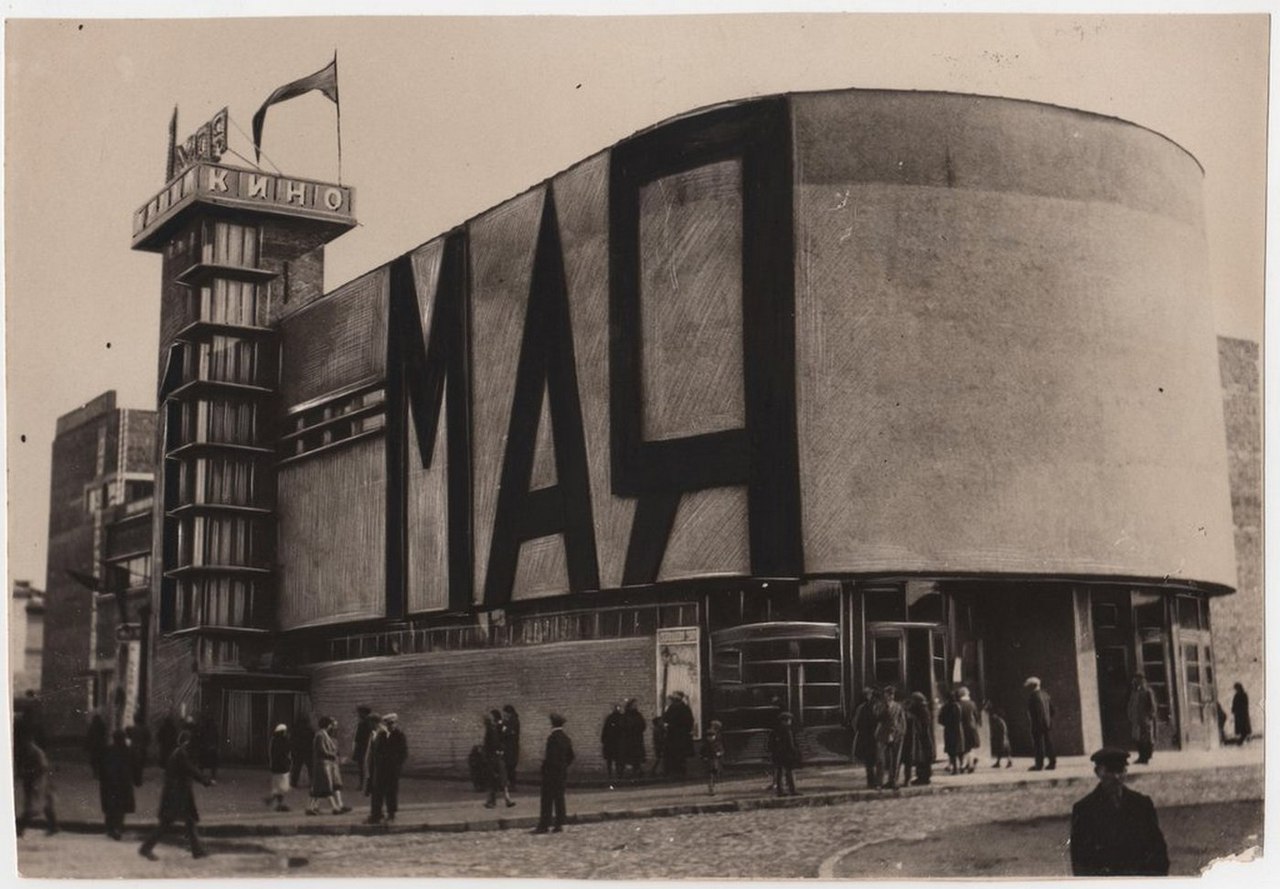 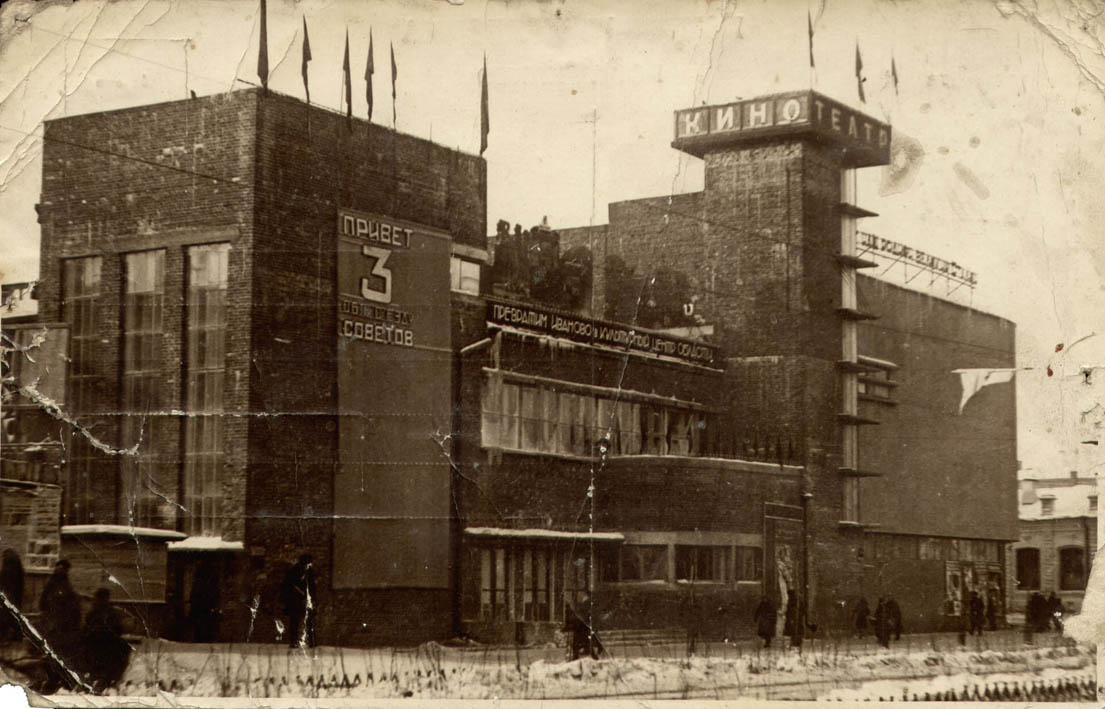 The authors of the project are the Moscow architects Brockman E. and Voinov V. who completed the project by Soyuzkino commission. In 1929, the plot was given for the construction, in 1932 the building was made.

It was one of the most interesting buildings in Ivanovo. An expressive part of it was the volume of a small monolithic hall. The whole building was crowned with a high brick advertising tower. It was the largest cinema in the region.

In the 50s the building was significantly reconstructed, that radically changed its appearance, distorting the essence of its architecture. The changes were carried out according to the project of local architects Mende N.F. and Kadnikov N.I. The main and most fundamental change was an extension to the main facade of the building of a large portico with "pseudo-Corinthian" capitals and a powerful cornice. The internal layout has had less changes, like the back facade of the building.