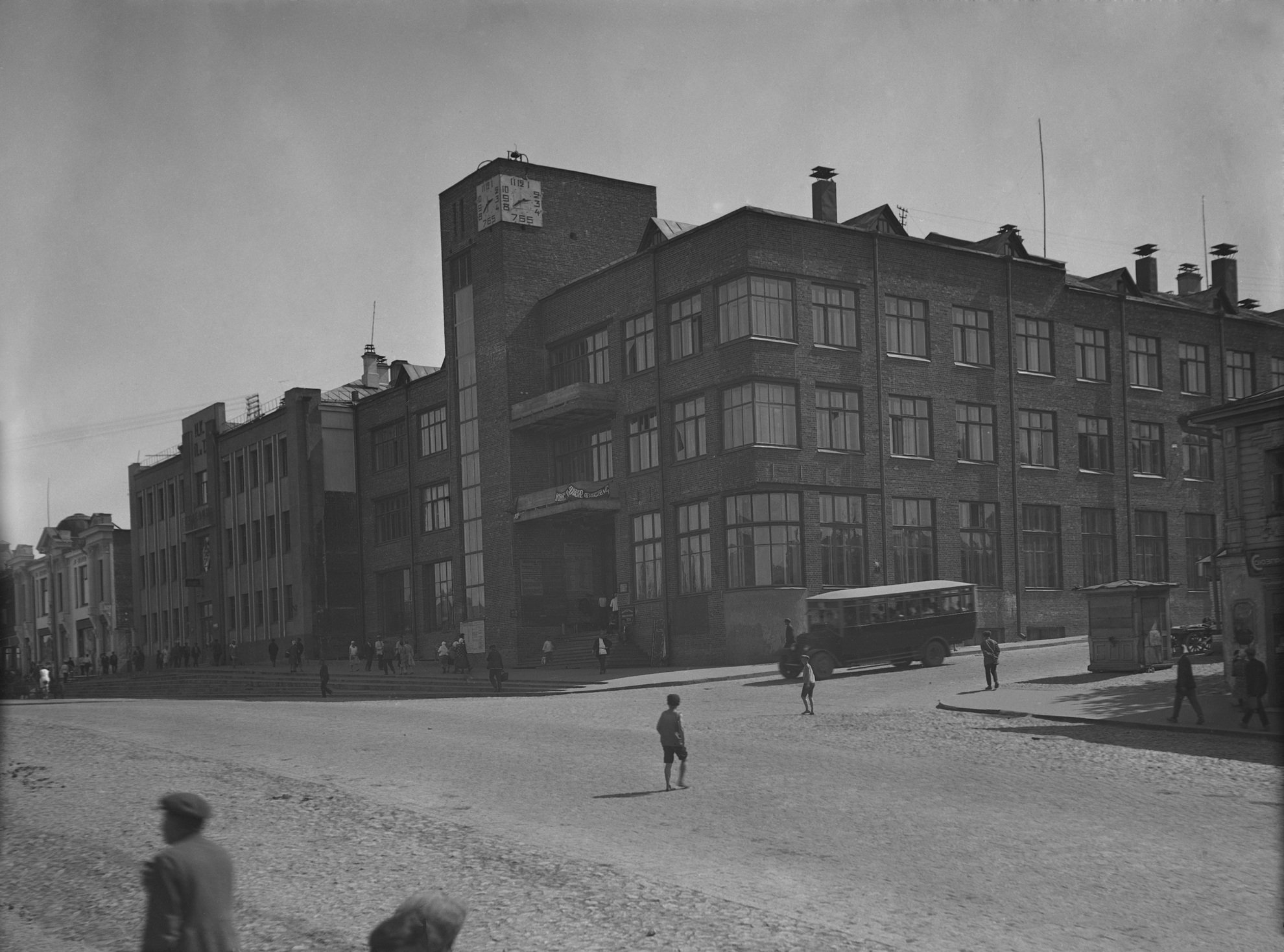 The post office is located on a natural hill on the right bank of the river Uvod, therefore at the time of the construction it was an important urban dominant. Three-storey building, close to the L-shaped was built in 1929-1931 according to the project of the Moscow artist-architect Gurevich-Guriev G.S in the style of constructivism.

In 1957, the building was rebuilt according to the project of Ivanovo architect Bodyagin A.S. In the upper part, there were vertical band windows, a new tower clock, a cornice and a balustrade with obelisks-spiers appeared. Corner windows were also removed, and the balconies adjoining the tower were removed as well. The brick walls were plastered and demolished. From the original project there were only large, rhythmically spaced windows and a gable roof with triangular lanterns of the attic lighting.