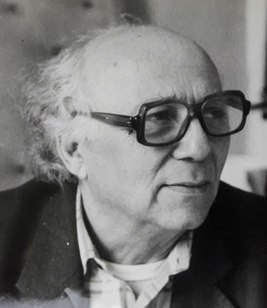 He was born on 28 November 1887. His father was Carl Antonovich and mother – Ekaterina Nikolaevna. In 1894-1896 Sergei went to school of Carl May (lots of famous people studied there such as Rerikh, Rimsky-Korsakov, Benois, more than 30 graduates were the members of the Academy of Science or the Academy of Art). From 1905-1914 Sergei studied at the Academy of Art where he became an artist-architect for his project of the National Council. In late 1920s he worked for the biggest building organizations of Ivanovo-Voznesensk – Ivstroyproekt, Building company of Ivanovo-Voznesensk industrial organization. Sergei died in 1956