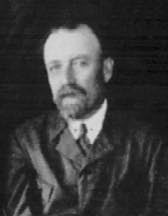 Russian and soviet architect. He studied at the Academy of Art. He won two silver medals (1893). On 20 October 1896 he got the title artist-architect for the project of the museum of military history. Before the Revolution he worked in Petersburg and made some monuments in the modern style. He was an active member of the cultural life of Petersburg, a council member of the Museum of old Petersburg, which studied significant architecture before the Revolution. Alexander worked in the magazine “Zodchiy”. In 1926 he became the deputy of the head of the building office of Ivanovo-Voznesensk State Textile Organization.