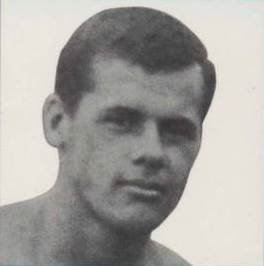 He was a soviet artist and architect, the representative of Rationalism. He was the member of ASNOVA. He graduated from the architecture faculty of VHUTEIN (Institute of Art and Technology) in 1928. Lavrov V.A., Balikhin V.S., Turkus M.A. and Popov V.S. joined together in “Workshop of the Revolution” to design a monument of Lenin in Moscow. Lavrov participated in the building of 208-flat building of Gubzhilsoyuza in Ivanovo (1929-1931) together with the group of the architects of ASNOVA (Association of new architects) – Gluschenko G.I., Spasskiy Y.K., Karra A.Y., Pankov V.I. In 1930s blocks of flats were built in Zaporozhye and “Round House’ among them.