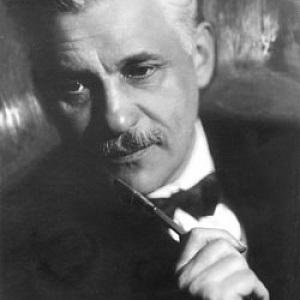 Russian and Soviet architect who worked in the style of symbolic romanticism and constructivism. A brother of the architect Golosov Panteleimon.

Golosov was born on July 31, 1883 in Moscow in the family of a priest. In 1898 he entered Stroganov Art and Industrial School. After that he entered the Moscow School of Painting, Sculpture and Architecture, which he graduated in 1912, having received the title of Architect. While studying, he worked as an assistant for such architects and artists as Ivan Kuznetsov, Sergei Soloviev, Alexei Shchusev, Igor Grabar. He measured the monuments of architecture and designed them for the "History of Russian Architecture" and the magazine "Starye Gody". The first works were different in style. According to Golosov's projects, several mansions were built, including the Zimin's mansion in Kirzhach (1912) and the Zuev's mansion in Moscow (1913). He also designed several rental houses and churches. He lived on Tikhvinsky Lane, 15. In 1914 he was called up into the army, and until the end of the war he was engaged in the construction of facilities for rear units. In 1918 he began to work in the architectural workshop of the Moscow Soviet, which was headed by Ivan Zholtovsky who influenced Golosov’s form-buildings in architecture. In 1918 Golosov developed a design plan for one of the districts of Moscow. At the same time, he created two projects in classic style - the outpatient building of the Bussmann Hospital in Moscow and the competition project of the school-monument to Leo Tolstoy in Yasnaya Polyana. On February 1919, Golosov's projects received the first three prizes at a crematorium contest in Moscow. The projects were executed in the style of neoclassicism and served as an impetus to a rethinking of the origins of form-building and the creation of the theory of "building an architectural organism". In 1918-1923 Golosov took an active part in the competitions for low-storeyed apartment buildings and various public and business facilities for the village, using the traditions of the national housesand the experience of suburban construction. In 1920, Golosov joined the direction of "symbolic romanticism" and took the place of a recognized leader in it. The projects of these years have emphasized dynamism: the radio station (1921), the stud farm in Ostankino (1922), the Palace of Labor in Moscow (1923). Since 1925, Golosov has created many constructivist projects: the House of Textiles (1925, together with B. Ulinich), Ruspertorg (1926), Electrobank (1926), Zuev Culture House (1928). In his projects, he mixed large shapes with simple geometry (cube, parallelepiped and cylinder) into the whole, splits the long planes of the facades with window bindings.

In the 30s, Ilya Golosov was the head of the architectural and design workshop number 4 of the Mosproekt. The architects Antonov P.P.,. Zhuravlyov A.A,. Kusakov V.M, Kapustina A.T., Bulgakov D.D., Marcuse I.L., Rogailov B.F., Dzhus K.I., Gokhman I.V.,. Kibirev S.F, Kostandi M.K.,. Kozlov S.A, Alimov A.S., Yakovlev G.K. worked with him. One of the most significant Ilya Golosov ‘s projects of the 30s, done in the post-constructivist style is an apartment building on the Yauzsky Boulevard in Moscow (1936-1941). From 1919 to 1945, Golosov taught architecture in various educational institutions, including VHUTEMAS-VHUTEIN (he directed the architectural workshop with Melnikov K.S.) and at the Moscow Architectural Institute (MARKHI). A new method of teaching architecture led to the formation of an innovative trend - the school of Ilya Golosov.

Some of his Projects and Buildings:

Some of his unrealized projects and buildings: