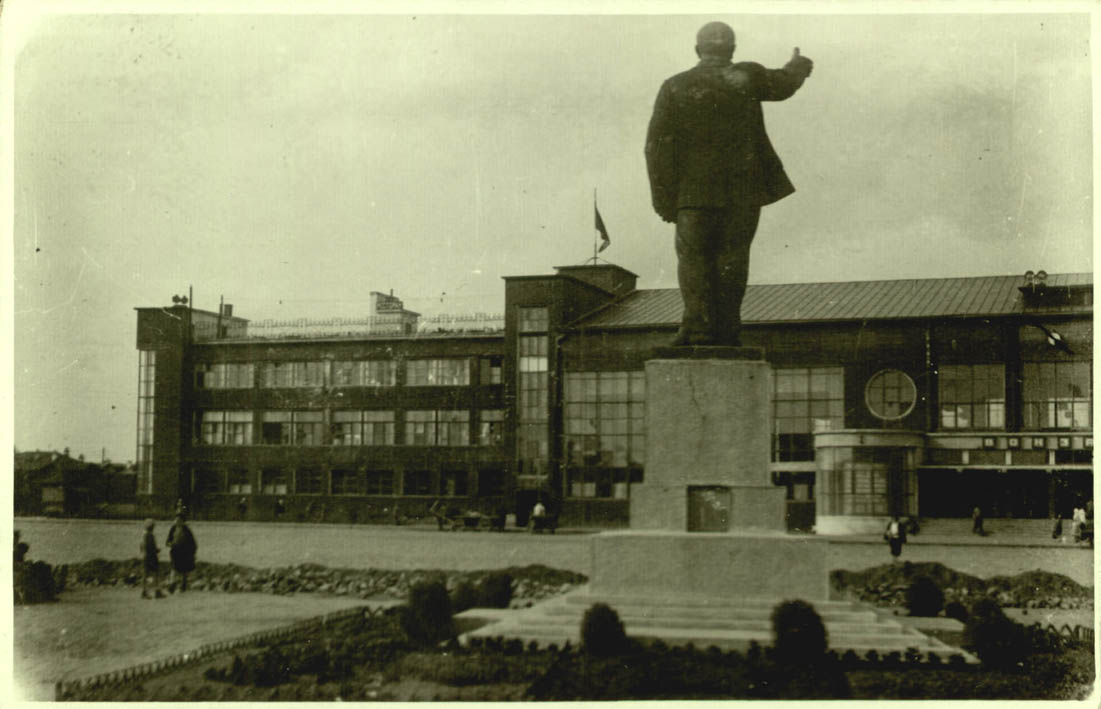 The first railway station in Ivanovo-Voznesensk was built in 1898.  It was described in the novel “Chapaev” by Furmanov D.A. in 1919 in such a way: “The station is narrow and doesn’t hold many people”. At the end of 1920s the big industrial city needed a bigger station. So the huge railway station (the seventh in size in USSR) was built by Moscow architect Kaverinsky V.M. in the style of constructivism.

It was a one-storey prolonged rectangular building for the lobby. Three-storeyed buildings for railway station services and staircase adjoin the station building. The front of the narrow left building is in the plane of the front central one, but the wide right building projects as avant-corps. Geometric asymmetrical size of the station was accented with the windows of different shapes: horizontal, vertical and round openings. The main entrance is located between two low semicircular bow windows and the place in front of it is covered with console concrete canopy.

The space of the main building is occupied with the big lobby separated into functionally different parts with a cross wall with wide passages. On the left side of the building there are booking offices, the way out to the city, platforms and restaurant. On the right side – waiting hall. On the ground floor there is a left luggage office and other staff rooms.

In 1950s the building was reconstructed: columns were made in the hall, two windows in the left part were separated with brick, vertical windows appeared in the staircases and the interior design was changed.