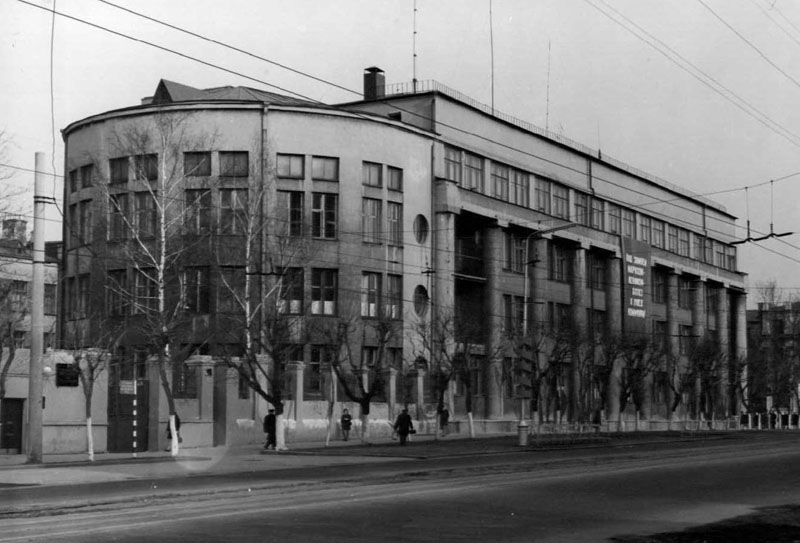 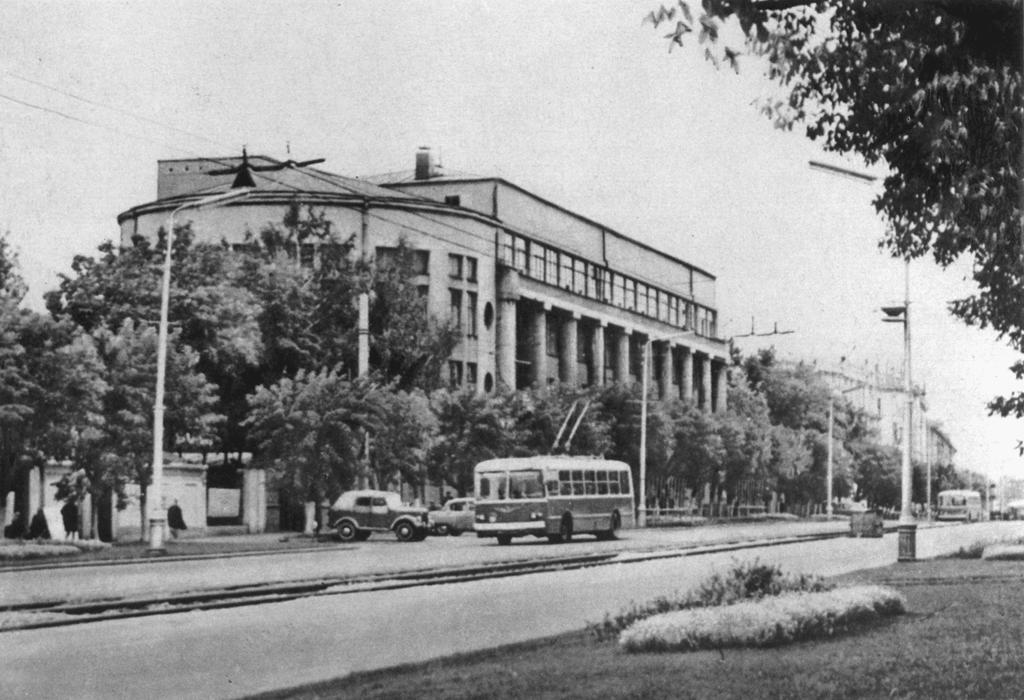 The administrative building of the United State Political Administration at the SNK of the USSR (OGPU) was built in 1930-1932 on the base of the project of Ivanovo architect Kadnikov N.I. It’s located on the red line of Lenina Avenue. It was made of brick with separate reinforced concrete parts, rendered and painted as concrete. The four-storey rectangular building is supplemented by a semicircular, three-storey volume, in which the meeting room was located. Powerful, the height of three floors, the colonnade runs along the entire length of the main facade. The colonnade holds the fourth floor (attic), which effectively accents the length of the building with its horizontal glazing. There are round windows in the place where the two volumes of the building are joined together. The entrance to the building is on the right wing of the main facade.