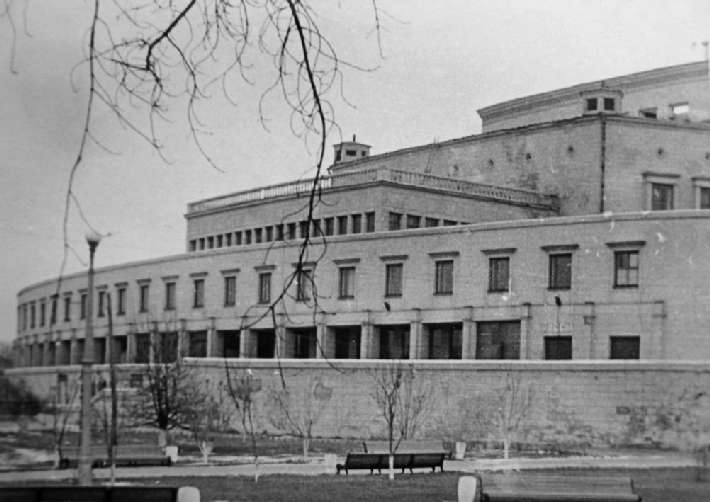 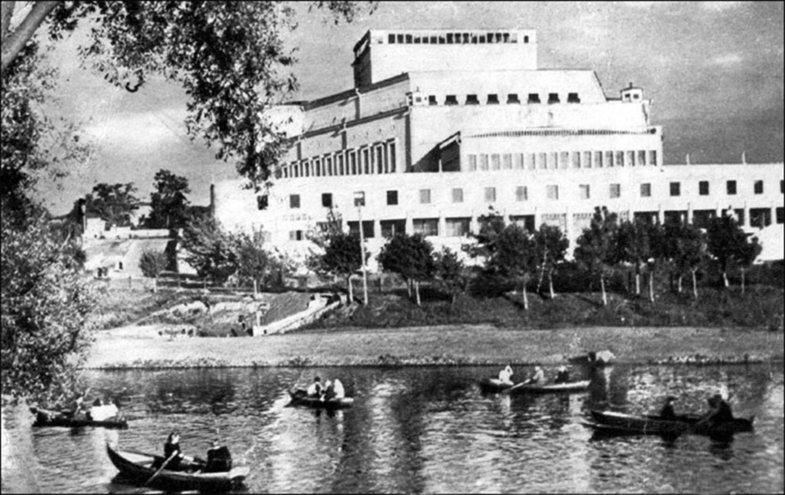 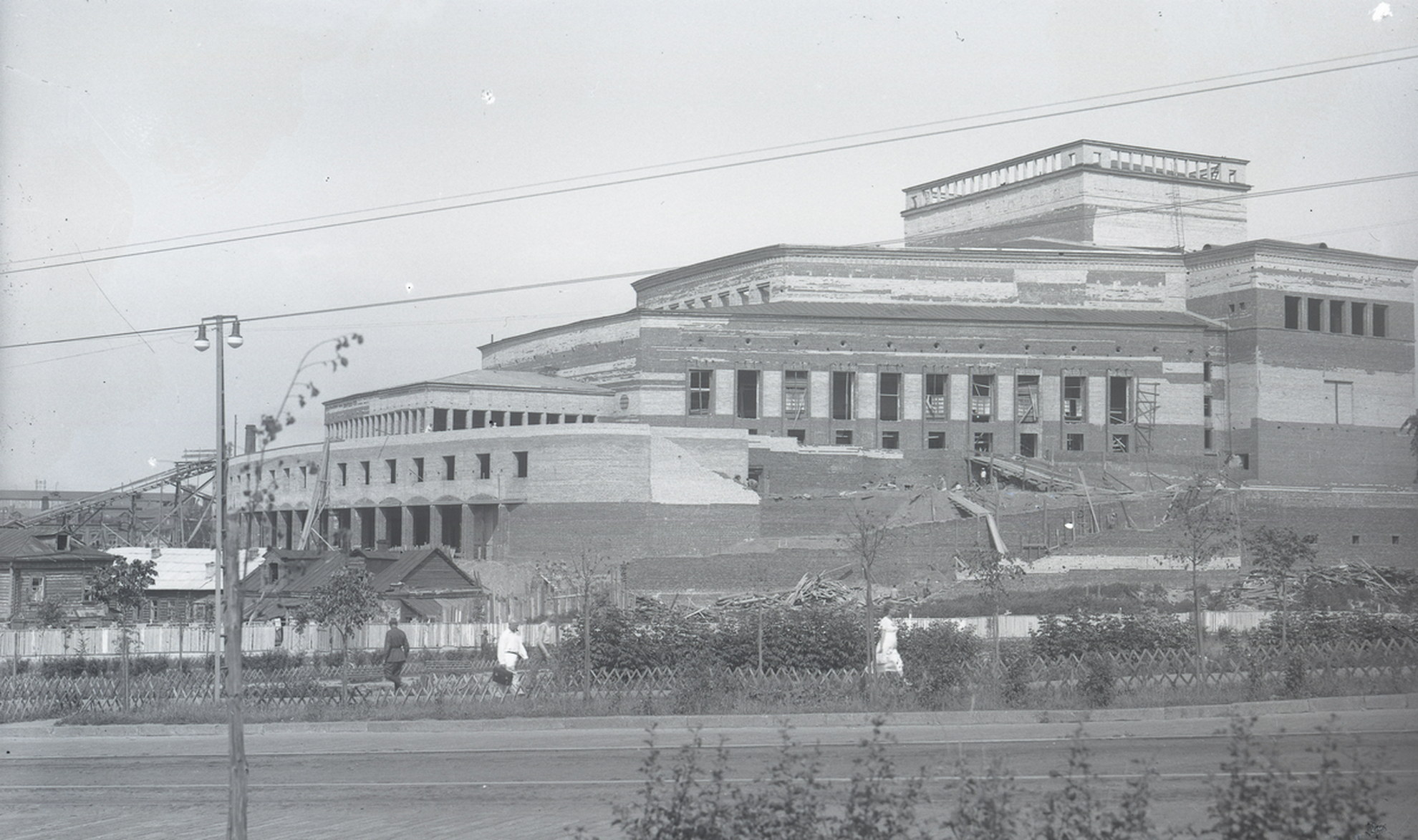 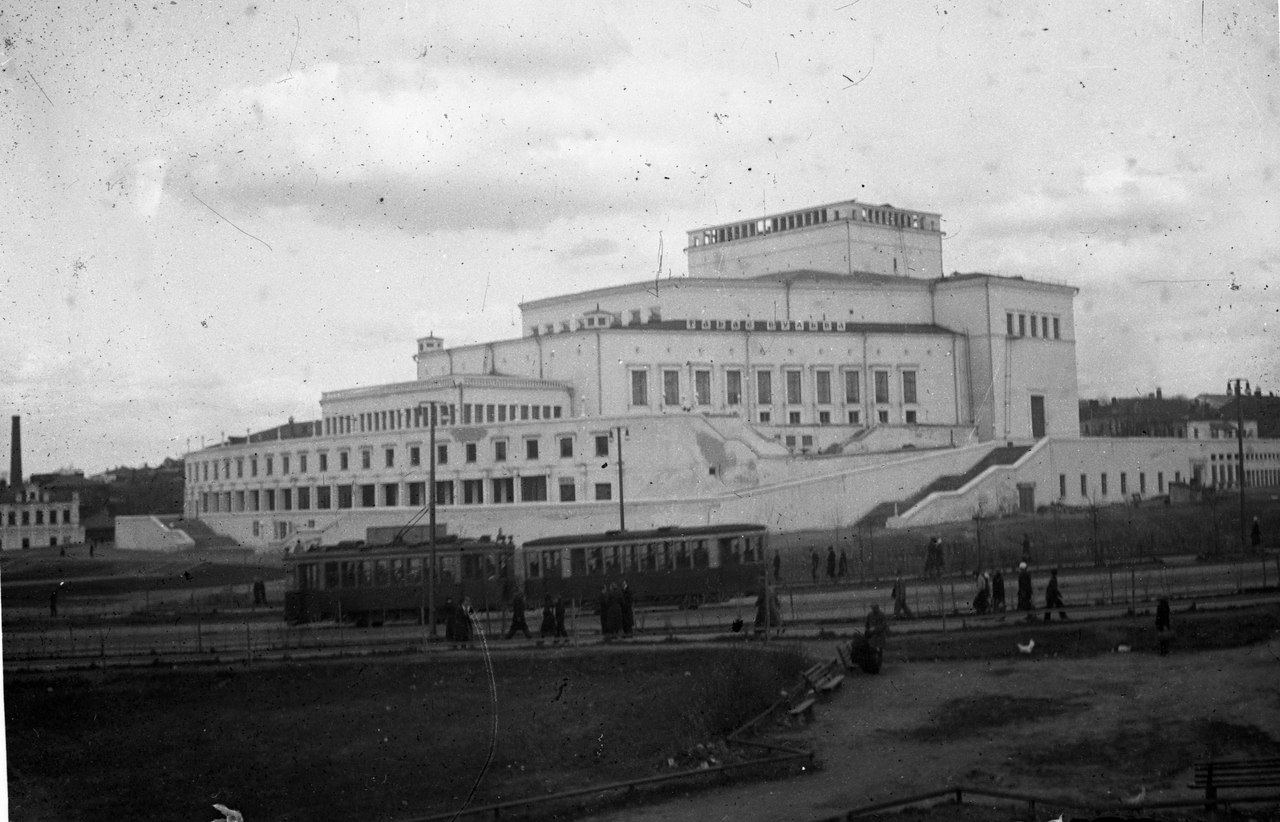 By the end of the 1920s. a programme of a new type of spectacular structure was developed  - theater of mass action designed for multi-purpose usage. In lots of large cities competitions were held to develop a project for such a theater building. In 1931, the All-Russian competition for the best project of the mass theater in Ivanovo-Voznesensk was announced. 11 architects took part in it. The best project was Golosova I.A., which was designed for multi-purpose use: theater performances, folk festivals, meetings, sports performances and competitions, theatrical performances of propaganda teams, etc. However, because of the complexity in its implementation, the project was abandoned in favor of the Vlasov A.V.project (a large trapezium hall with a capacity of 2500 people and a wide stage portal allowed to unite the hall and the stage, in the basement there is a concert hall for 500 seats). In 1940 the theater was built. Instead of a hall for 2500 seats, a hall for 1500 people was built.

Ivanovo Bolshoi Drama Theater is the third largest in the country after the theaters of Novosibirsk and Rostov-on-Don. It is an example of the transitional architecture of the 1930s. In its appearance there is a distinctive monumental voluminous composition (specific for late constructivism), complicated by individual decorative elements. Unfortunately, after the reconstruction in 1965 and 1987 the theater has changed significantly.